What you are allowed to drink depends on where you live! 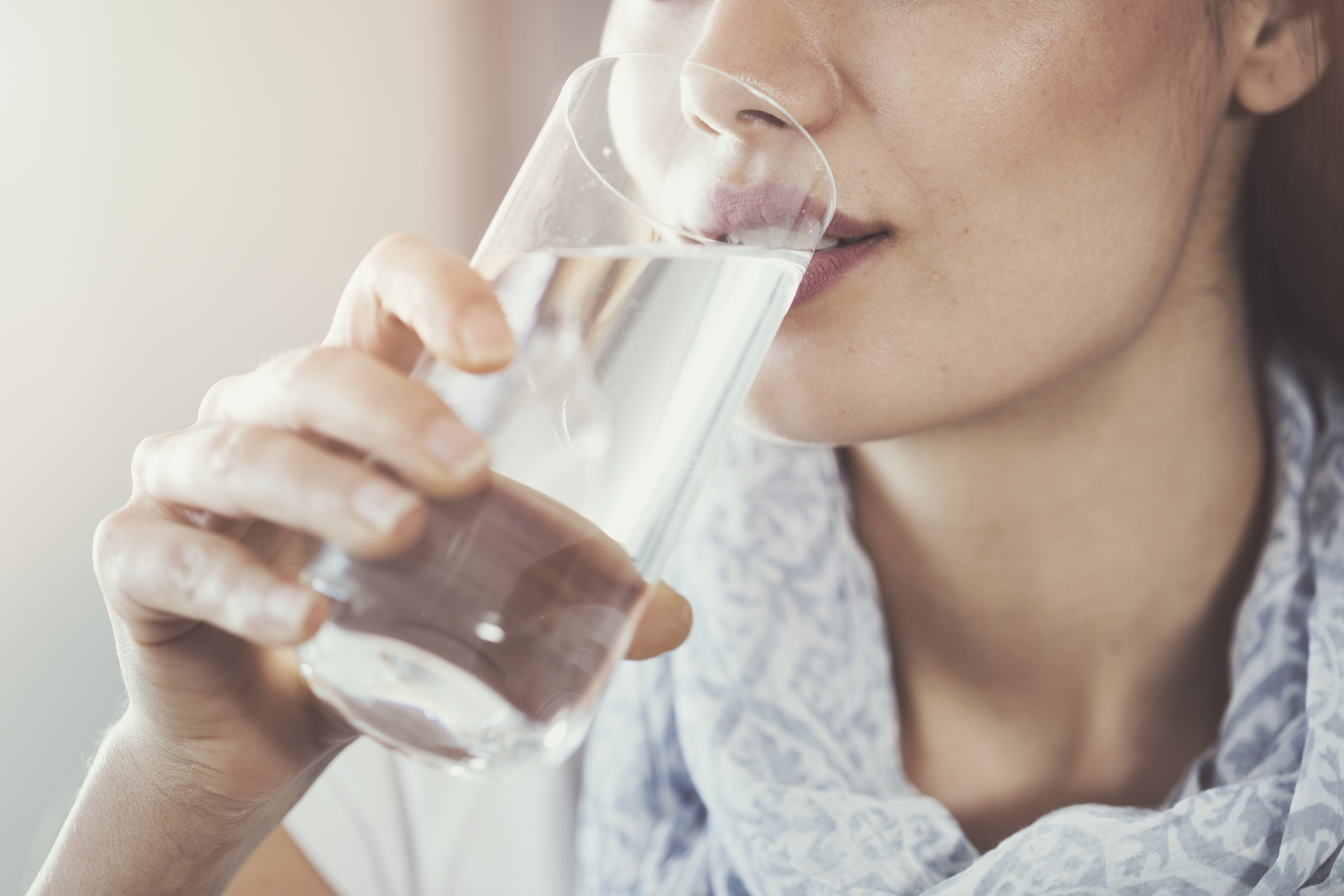 Do you drink your tap water? I am sure that your answer will be dependent on where you live. Not only that but what local standards allow will also vary from place to place. This can have a significant impact on the water that feeds your water purification system.

Manufacturers of water purification equipment specify that their units must be fed with water that has met the standard for drinking water. So the allowed contaminants in drinking water are of interest to these manufacturers and it is also of more than passing interest to water drinkers everywhere!

I carried out a survey of standards from WHO (World Health Organization), European Union (EU), UK, Australia, Canada, China, India, Japan, New Zealand, Russia, Saudi Arabia, South Africa, South Korea and the USA. This showed that there are no globally accepted standards for drinking water. All the major economic powers have their own standards. Within the EU a collective standard is set but individual member states can add extra restrictions if they wish. They cannot weaken the standard.  Similarly, in the USA individual local authorities can add to the national US standard. Some countries do not set standards and many appear to follow the WHO standard. Only in the USA and the EU are the water specifications mandatory. In other areas they are non-enforceable guidelines with targets. How rigorously they are applied clearly depends on local circumstances.

The specifications differ greatly from country to country in detail and also more broadly. They reflect the particular concerns and issues within individual countries. The table shows a small selection of limits for various impurities for the major organizations to give an idea of the limits set and the great range of approaches adopted. 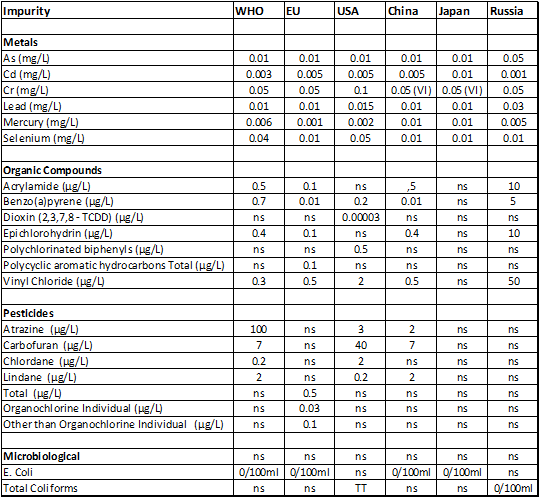 In all the table ns signifies “not specified”, TT indicates a limit based on the effectiveness of the purification process.

Inorganic impurities often have similar limits. However, only arsenic, cadmium, chromium (VI), lead, mercury and selenium have limits set in all the standards studied.  All these toxic impurities are only allowed at sub-ppm levels. The Russian list includes a number of extra metals, perhaps reflecting the higher contamination risks from the former Soviet Union. The WHO has adopted the approach of only including contaminants that are relatively likely to be present at hazardous concentrations; so, for example, no limit is given for cyanide (in contrast to all the other standards) as it is very unlikely to be present. I presume that this is to minimise the burden of testing.

Organic impurities restricted cover a somewhat larger number of compounds.  The Russians also include the hundreds of individual organic compounds. It would be prohibitively expensive to test for them all and so it may well be a reflection of both increased hazards in Russia and a bureaucratic approach! No organic compound is included in all the standards. Most of the compounds are hydrocarbons, phenols and halogenated derivatives. Limits are virtually all sub-ppm.  The ones most widely specified include acrylamide, benzene, benzo(a)pyrene and the halomethanes.  Only one phthalate is mentioned and no pharmaceuticals.

Microbiological Parameters show the general, but not universal, use of E. Coli as a marker for faecal contamination. Of the other parameters, total coliforms and total colonies are the most widely specified.

Radionuclides reflect a general approach which is to carry out an initial screening for total alpha and beta activity. If the limits are exceeded further investigations are required.

Overall, clearly, despite the real variations in the standards, for water-drinkers everywhere the key is that the water is treated for microbial contamination and the main toxins are reduced to acceptable levels. This is, hopefully, the case in most of the countries with drinking water standards. However, in many parts of the world further treatment is needed or bottled water used.