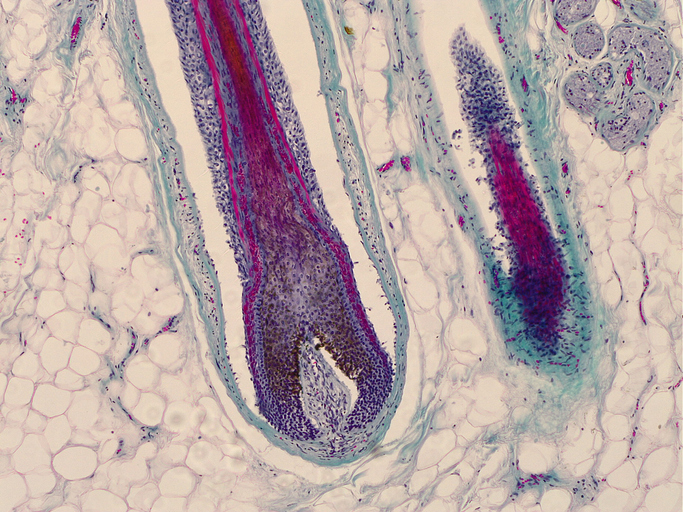 Forensic laboratories could benefit from a simple, robust new analytical method for the routine screening of hair samples for the presence of illicit drugs.

Establishing a person’s exposure to drugs is a crucial aspect of forensic testing. Traditionally, ‘toxicological screening’ has usually been performed on blood or urine samples. But in recent years, hair testing has become a well-established technique. As well as being easy to collect, hair samples can also provide information about a person’s historic exposure that can extend to several months beforehand.

Other the past few decades, remarkable advances in mass spectrometry has led to the technique becoming established as the gold standard in forensic hair analysis. However, the technology has not yet been widely adopted for the broad preliminary screening of samples, which is still largely based on antibody-based assays.

In a new study, published in the Journal of Chromatography B, scientists test a novel mass spectrometry approach that was recently developed for the routine analysis of drugs of abuse applied to hair toxicological screening.1

The researchers carried out the new instrumental procedure based on UHPLC–Ion Trap-MS and involving a simple pre-treatment of hair samples in acid overnight followed by direct injection after neutralisation. In parallel, they analysed all samples using the routine mass spectrometry techniques that were already established in their laboratory. They found the new method had limits of detection ranging between 0.01 and 0.09 ng/mg of hair matrix for a panel of 16 drugs of abuse (except for MDA, morphine, 6–MAM and norketamine).

The researchers first tested 40 hair samples collected from volunteers with no history of drug abuse, detecting no false positives. They then moved on to assess 968 real hair samples from forensic cases, finding that the new method corresponded well with results obtained from the routine procedure in terms of positive and negative samples.

Finally, the researchers analysed 12 proficiency test samples, finding that the new method was not only limited to screening for common drugs of abuse but could also successfully test for new psychoactive substances, including fentanyls and cathinones. The team used an ELGA PURELAB® laboratory water purification system to obtain ultrapure water that they used in their experiments, minimising the risk of adding contaminants that might affect their results.

A Simple and Robust Technique

This study demonstrates the usefulness of a new mass spectrometry approach for qualitative toxicological screening applied to hair analysis in a routine context. The results show that is possible to obtain sensitive and reliable information using the procedure, which was confirmed using a validated testing method.

The accuracy of this analytical tool was further verified by analysing test samples that contained not only traditional narcotics but also some of the so-called new psychoactive substances. The system also proved to be very robust, showing no need for any repair even after as many as 5000 sample injections. The new procedure could provide forensic laboratories with a simple, robust high–throughput alternative to antibody-based tests for the preliminary broad toxicological screening of hair samples.

At ELGA LabWater, our expert engineers, chemists and scientists are at the forefront of technological innovation. They continue to introduce game-changing features to the lab water market.