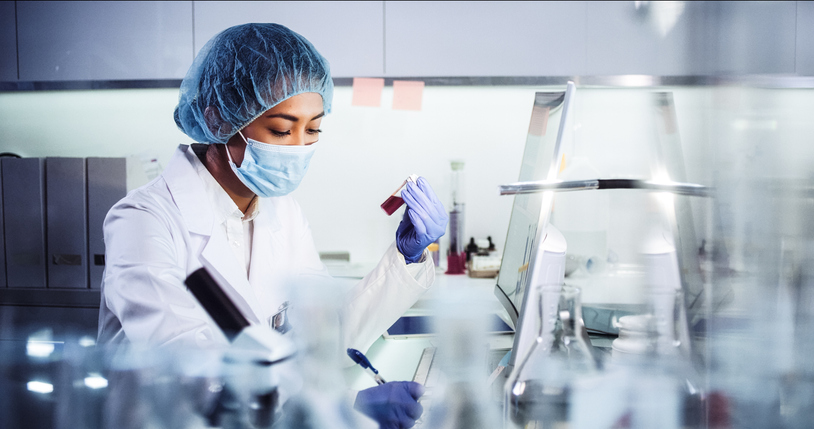 Researchers validate a new protocol for measuring trace levels of cannabinoids in serum and use it to analyse samples from people charged with driving under the influence of drugs.

According to the World Health Organisation, about 147 million people, 2.5% of the world’s population consume cannabis. Due to its widespread use, the analysis of cannabinoids in biological samples – particularly blood – is of great importance to forensics laboratories.

Among the hundreds of cannabinoids in cannabis, tetrahydrocannabinol (THC), which the main psychoactive compound in cannabis, and its metabolites THC–OH and THCA, are among the most frequently monitored as markers of drug consumption. Cannabidiol (CBD) and the minor degradation product cannabinol (CBN) are often also measured to assist in the forensic interpretation of results. More recently, cannabigerol (CBG), has been detected in urine and is also a proposed marker of cannabis consumption.

But the toxicological analysis of the low concentrations of these cannabinoids within complex biological samples poses considerable challenges for forensic scientists.

A variety of analytical methods based on gas chromatography coupled to mass spectrometry (GC–MS) have so far traditionally been employed for the determination of trace levels of cannabinoids in biological samples. Among the variety of ionization sources currently available, the recently commercialised atmospheric–pressure chemical ionization for gas chromatography (APGC) may offer a new and attractive alternative – particularly for measuring compounds that are difficult to analyse using other sources.

In a new study, published in the Journal of Chromatography A, researchers evaluate the use of APGC coupled to triple quadrupole mass spectrometry (APGC–MS/MS) for the simultaneous quantitative determination of cannabinoids in human serum.1

The researchers developed and validated a new methodology in line with international guidelines, demonstrating the technique could separate THC, THC–OH, THCA, CBD, CBDA, and CBG in less than ten minutes. Its limits of quantification (LOQ) were 0.2 ng/ml for THC, 0.4 ng/ml for THC–OH, CBD and CBG, 1.6 ng/ml for THCA and 3 ng/ml for CBDA. They then successfully applied the method for the analysis of real serum samples collected from 15 people who had been charged with driving under the influence of drugs.

For these highly sensitive analyses, the researchers used ultrapure water generated from an ELGA PURELAB® Chorus laboratory water purification system to minimise the risk of introducing contaminants that may affect their results.

While several methods employing the APGC source have been applied in food or environmental analysis, this is its first application in forensic toxicology.

The results demonstrate that APGC–MS/MS can satisfactorily quantify THC and other cannabinoids in an extremely complex biological matrix (human serum) in which the target analytes are present only at trace levels.

The protocol offers a valid, high-performance, and innovative alternative for producing reliable forensic data using gas chromatography, allowing the quantitative determination of cannabinoids in serum even down to the lowest legal THC limits proposed for drivers.

At ELGA LabWater, our expert engineers, chemists and scientists are at the forefront of technological innovation. They continue to introduce game-changing features to the lab water market.

When lives are at stake, there is no margin for error. Your clinical analyser must receive a constant and reliable supply of CLRW.

Find out how to protect your test results