Monitoring the quality of drinking water in South Korea 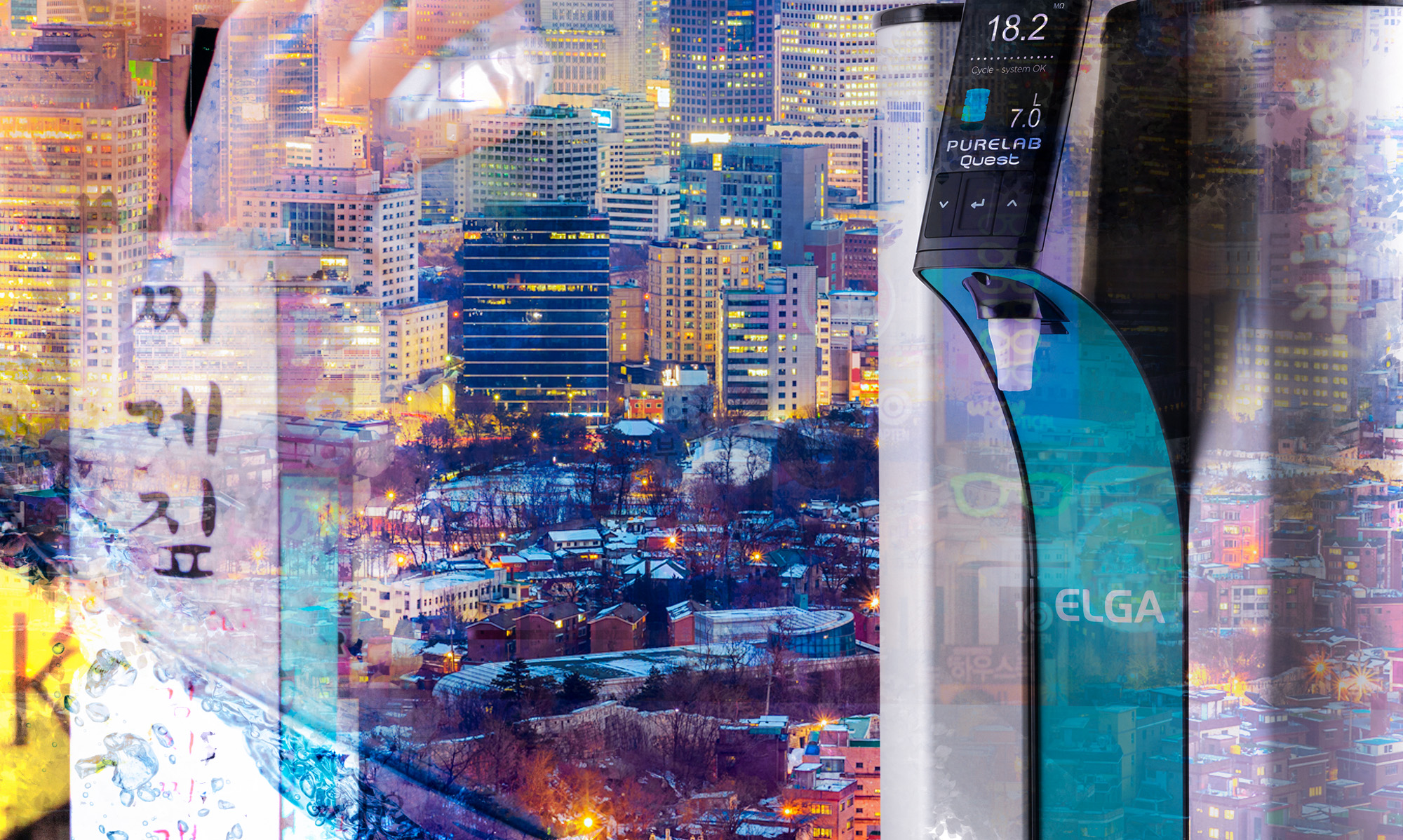 The leaching of volatile organic compounds (VOCs) from industrial or agricultural areas into drinking water poses a risk to human health. Understanding how the level of contamination changes over time and across different geographical regions can help to identify and mitigate risk, as well as pinpoint potential sources of VOCs. Researchers in South Korea have completed a study to validate the concentration of 17 problematic VOCs in various tributaries in the Han River Basin, which contains vast amounts of agriculture and industry, and supplies water to millions of people in the region.

VOCs are carbon-containing chemicals with high vapor pressures under normal conditions, and can be toxic to human health. VOCs are used widely in industry and agriculture, and there is a risk of these compounds leaching into surface and groundwater systems during manufacturing, transportation, storage, use, disposal and handling. The ingestion of VOCs over a prolonged period has been linked to disorders of the immune, nervous and reproductive systems, as well as several cancers. Given their toxicity, the World Health Organization (WHO) has established guidelines for maximum lifetime consumption of VOCs, putting pressure on governments and regulators to monitor levels in sources of drinking water.

Most of the drinking water in Korea comes from surface water sources – such as rivers and streams – which are often surrounded by urbanized or agricultural areas, making them particularly susceptible to pollution by VOCs. The Han River Basin, for example, is the largest and most important source of water for the entire Seoul metropolitan area and Gyeonggi Province in South Korea, serving approximately 26 million people. A combined research team from the National Institute of Environmental Research, Baylor University and Seoul National University has therefore conducted a study to determine the levels of VOCs in the river’s various tributaries and assess the associated risks.

Surface water samples were collected from a depth of 20 cm at 36 sites along the Han River’s tributaries in June, August and October 2017. In these locations, 24 sewage treatment plants (STPs) and seven industrial wastewater treatment plants (WWTPs) were identified as potential sources of VOCs. A gas chromatograph mass spectrometer (GC-MS) was used to investigate a total of 17 target compounds in each sample. Fresh working solutions for sample spiking were made up using ultrapure deionized water obtained from ELGA PURELAB® DV35.

To determine ecological risk, the highest measured concentration was divided by the predicted no-effect concentration, a value derived from dividing the toxicity factor by the assessment factor, based on guidance from the European Commission.  MEC / PNEC Ecotoxicity data on freshwater algae, crustaceans, and fish was taken from the US Environmental Protection Agency to determine at what concentrations VOCs would impact life.

Seven of the 17 target VOCs – including cis-1,2-dichloroethene, trans-1,2-dichloroethene, hexachlorobutadiene, 1,2-dichloropropane, heptane, 1,3-diethylbenzene, 1,4-diethylbenzene – were detected in the samples, while the remaining 10 were absent from all samples. The concentration of the VOCs varied between 0.0006 to 1.8131 µg/l−1, with 1,2-dichloropropane being found most frequently (0.0022-0.4580 µg/l−1). 1,2-dichloropropane was also the only VOC to significantly correlate with temporal distribution, showing a maximum concentration in August of 0.1001 ±0.3012 µg/l−1. The Hantan-Imjin rivers and areas of industrial complex streams were the most contaminated, which is likely to be the result of industrial activity, as well as other possible sources of contamination including STPs and WWTPs. Overall, the concentrations of VOCs were similar to those found in studies conducted on other rivers and in other countries, and were estimated to pose a very low ecological risk.

The concentrations of VOCs in surface and groundwater sources that form municipal drinking water supplies need to be monitored over time and across different geographical regions. This will help to ensure that levels remain within the guidelines for safe human consumption, particularly in changing landscapes with areas of significant industrialization or agriculture.

The presence of impurities in laboratory water can be a major problem in research experiments, and can seriously compromise results. ELGA LabWater has been a trusted name in pure and ultrapure water since 1937. We believe in providing you with water purification solutions that can meet a wide range of needs and applications, backed by excellent service and support. For more information on our Type I ultrapure water systems, check out our PURELAB Quest, PURELAB Chorus 1 Complete and our PURELAB flex models.